This device is designed to connect to a specific system via RS232 and then receive or transmit a few kilobytes of settings, to or from the MCU flash. This allows you to clone the settings and reproduce the setup on another system easily. It appears as a serial USB CDC device when connected to the mini-USB port which then emulates the behaviour of being connected to the system via RS232.

The parts, footprints, physical construction and materials were chosen to minimise costs – it was built to be cheap and as minimal as possible! 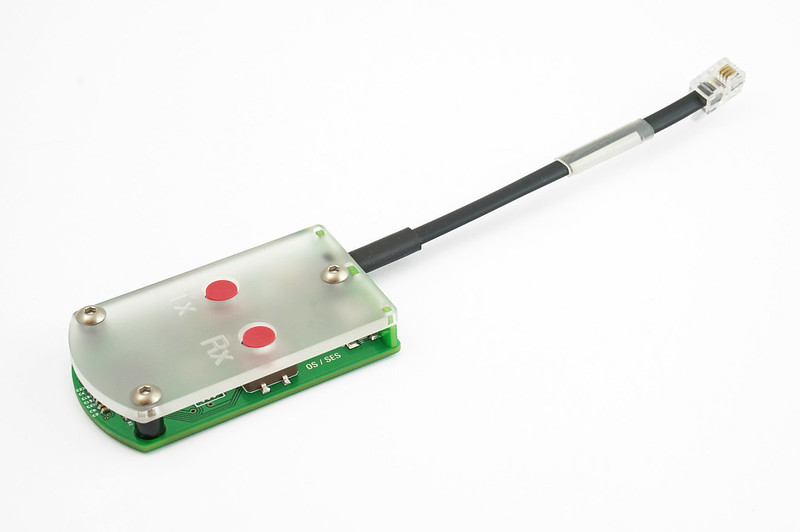 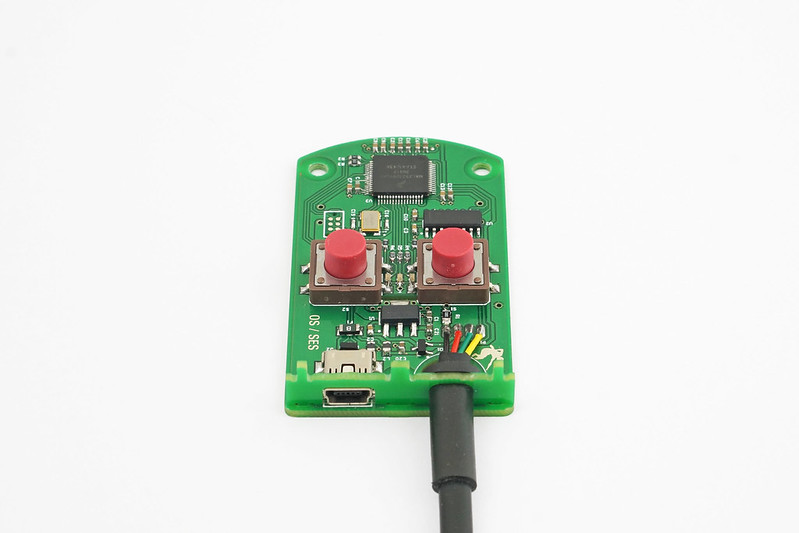 An additional piece of board was routed out to frame the USB connector and support the strain relief for the cable. It locks in through slots in the main PCB and top perspex. 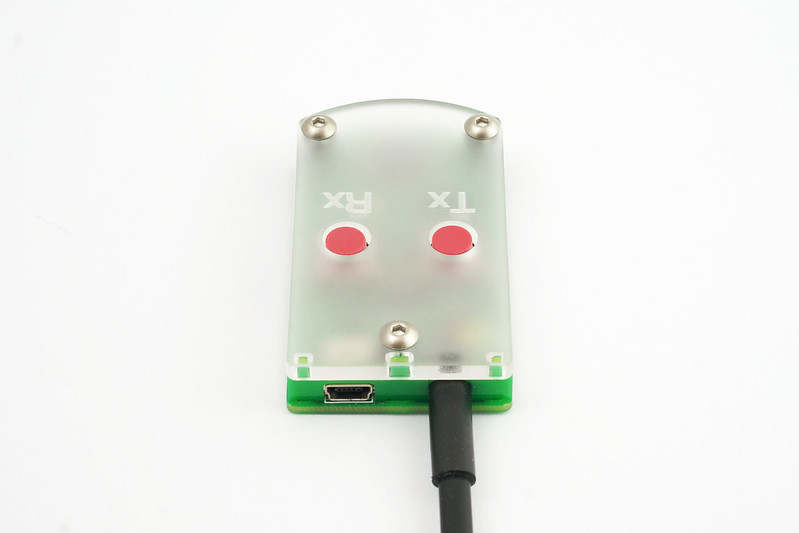 The top cover has been laser cut / engraved from frosted perspex. The buttons come almost flush with the surface. 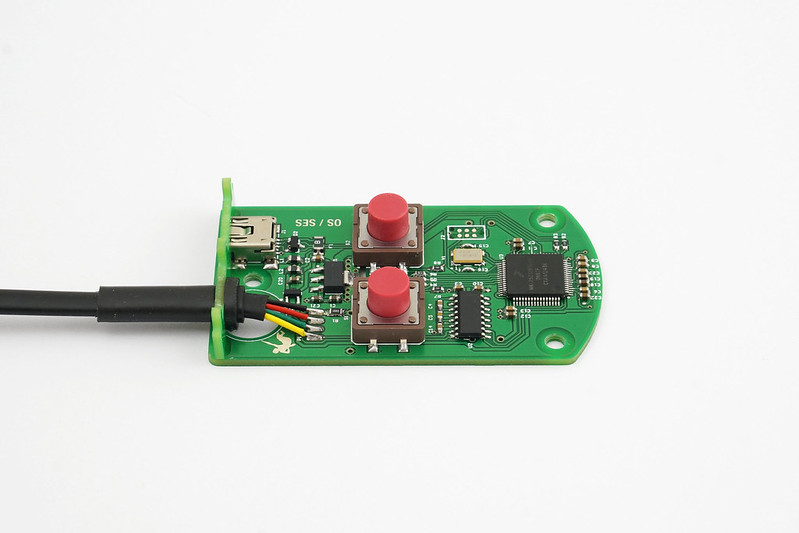 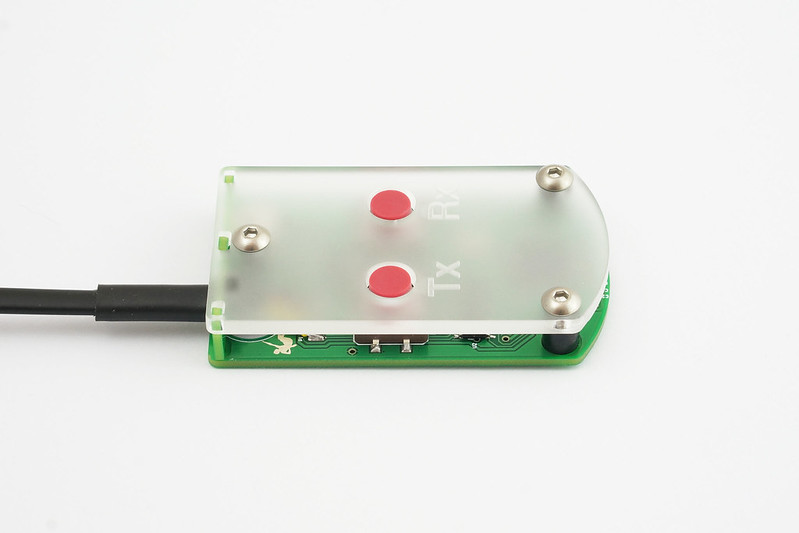 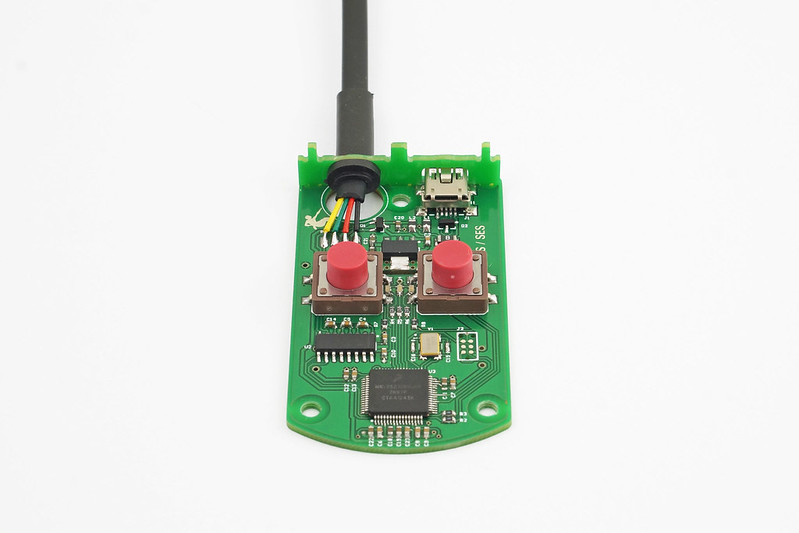 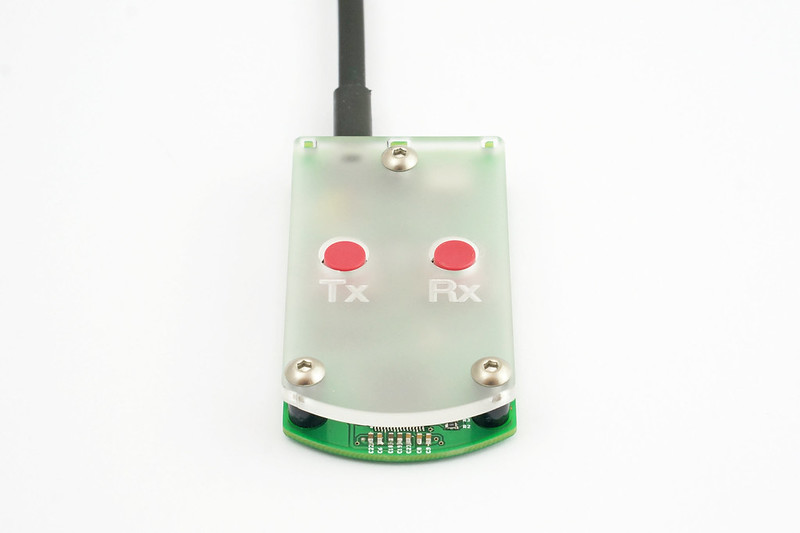 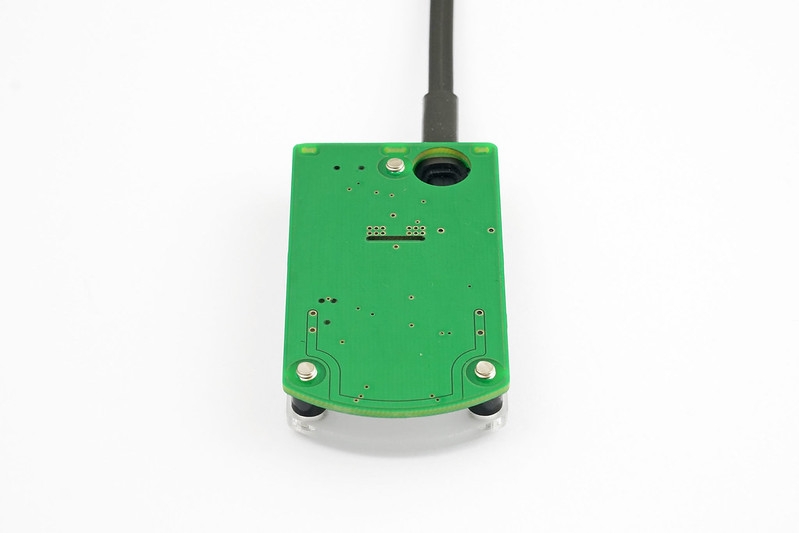 Although this isn’t good practice, the PCB is threaded directly (normally you would use PEM ReelFast spacers) with the overlap of each screw acting as mini-feet. There’s a few mm clearance around each hole to the nearest active trace. 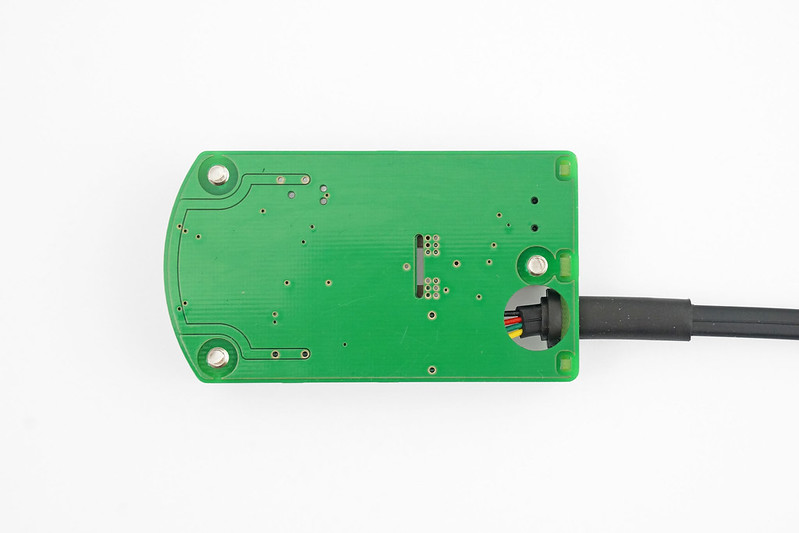 The whole design is routed on a two layer PCB with almost the entire underside being a ground plane. 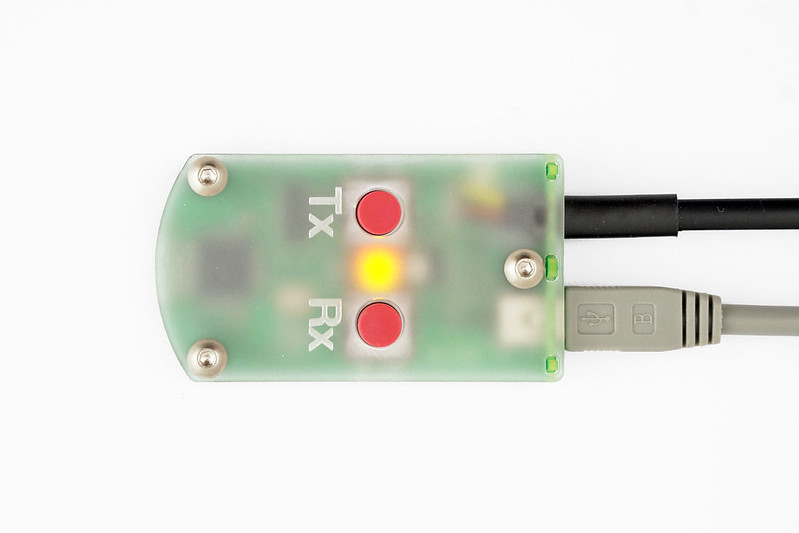 Three LED’s sit between the buttons – red, green and amber to indicate the state. 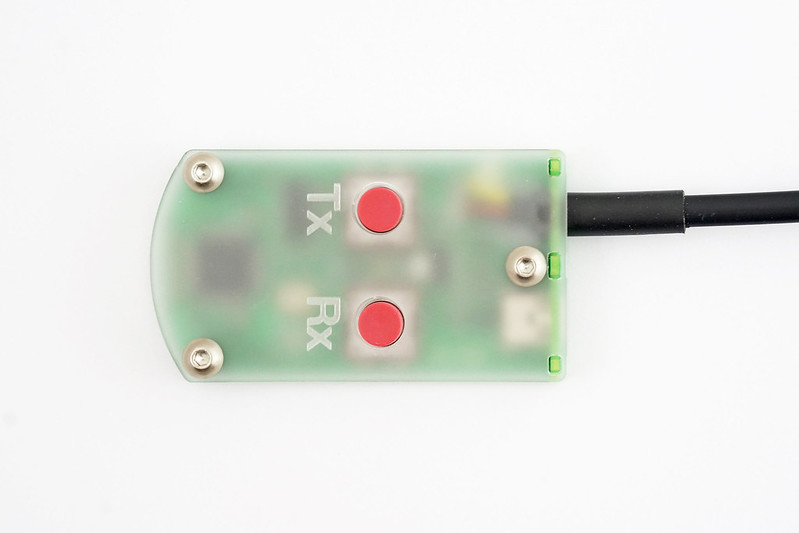